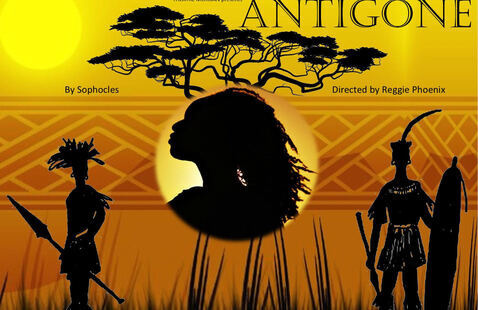 This classical Greek play travels to the continent of Africa demonstrating that the story of war and family turmoil is a universal one, as is the strength of a determined woman.

Two brothers lead opposite sides in a civil war and have both been killed in battle. The new king has declared that one brother will be honored and the other disgraced as a traitor. Antigone is determined to honor both brothers and risk her life by defying the king’s edict and burying her disgraced brother’s body.