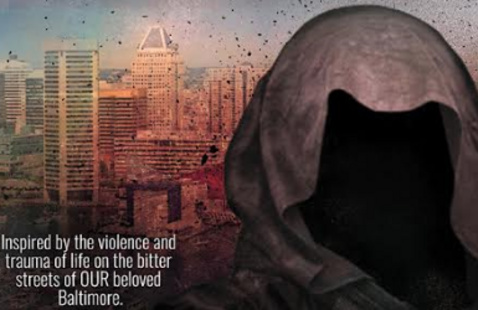 Carl J. Murphy Fine Arts Center, Turpin-Lamb Theatre View map $35, $65, $125
Add to calendar
Save to Google Calendar Save to iCal Save to Outlook

https://www.heartsdm.com/
View map
Add to calendar
Save to Google Calendar Save to iCal Save to Outlook

A dramatic play that is inspired by the violence and trauma of life on the bitter streets of Baltimore.  A young man is killed by a stray bullet on the streets of Baltimore by reckless shooters. As his body lies on the table in the morgue, he is Supernaturally sent back with the ability to change his appearance. He is sent back to confront those who have committed murders and call them to repentance. Those who do are spared the utmost of horrors. . . . .Those who do not are confronted by an unspeakable horror that drags them mercilessly into the abyss carved out by their own hands.  This production contains mature subject matter and has been rated PG-14 (violence and language) by the playwright.