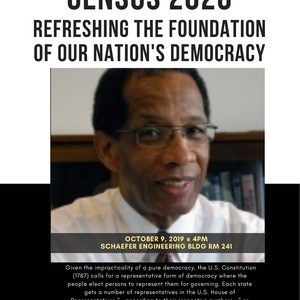 2020 Census: Refreshing the Foundation of Our Nation's Democracy

Given the impracticality of a pure democracy, the U.S. Constitution (1787) calls for a representative form of democracy where the people elect persons to represent them for governing. Each state gets a number of representatives in the U.S. House of Representatives "...according to their respective numbers..." as recorded in a census of the nation to be conducted every ten years starting in 1790.

- History of the Census

- How data from the Census was used then and now to apportion theU.S. House of Representatives among the 50 states

- Consequences of not participating, and what’s at stake for you